The Asian Medical Institute is located in city Kant, Kyrgyzstan, which is 20 km away from the country capital Bishkek and 40 km from Manas International Airport. It's well connected with transportation modes, mainly by road.

Currently, the Asian Medical Institute has 1800 students from more than 10 countries, including India, Russia, Nepal, Germany, Pakistan, Kazakhstan and Nigeria. The medium of instruction at the institute is the English language and the length of study for an MD is 5.8 as well as 5 years.

The college is recognized by the Medical Council of India and WHO. This means that Indian students are eligible to sit for the screening test after completion of the medical degree here.

The college has a separate hostel for Indian students and separate hostels for boys and girls. Indian food is served to the students at the hostel mess. The hostels are centrally heated and rooms are available on sharing basis. The overall cost of education is very low at Asian Medical Institute. The good quality education along with low fees makes it a favorable college for foreign students. In addition, students can also avail coaching for FMGE( Foreign Medical Graduate Examination, Screening test conducted by Medical Council of India)

Institute is currently having 3 well operating campuses based in various localities.

The Asian Medical Institute, Kyrgyzstan is listed in the Avicenna Directory for medicine, faimer and also recognized by the Ministry of Education and Science of the Republic of Kyrgyzstan. It received its recognition from the Ministry of Health, Kyrgyzstan Republic to train medical professionals, mostly for foreign countries. ASMI students and graduates are eligible for M.C.I, PM&DC and N.MC screening tests. The Asian Medical Institute Diploma is a recognized qualification in other countries for the purposes of practicing medicine.

"It reminds me of our own Kashmir"

Why Mbbs in Asian Medical Institute

Northern State Medical University Fee Structure has a minimal hostel of around 15,000 approx. 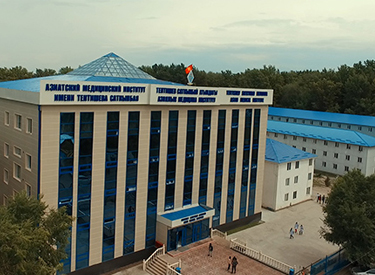 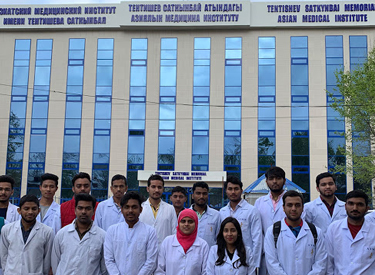