Bukovinian State Medical University (abbreviated as BSMU or БДМУ) is one of the largest higher educational establishments in Chernivtsi. It is a modern multiprofile educational institution of the IV accreditation level, included into the general register of the WHO, Magna Charta Universitatum (Bologna, Italy), the Association of the Carpathian Region Universities that provides qualified training according to the grade system of education. The university includes a medical lyceum, Chernivtsi, Vashkivtsi, Novoselitsa and Kovel’ (Volyn’) Medical Colleges, 4 medical faculties, stomatological and pharmaceutical faculties, the department of post-graduate education, preparatory department for foreign students.

Post-graduate education of doctors is realized at the Internship and Mastership, and the Doctoring Departments, in Clinical Residency, at the post-residence courses, as well as via pre-attestation course, the course of improvement of medical knowledge, specialization and professional courses.

The teaching staff of the university involves 75 Doctors of Medical Science and 321 Candidates of Medical Science, among them 1 Corresponding Member of Ukrainian Academy of Pedagogical Science, 8 Honoured Doctors of Ukraine, 2 Honoured Scientists, 2 Honoured Educationalists of Ukraine, 66 Professors, 203 Associate Professors. 166 members of the staff have been conferred the highest doctor's grade, 54 of them –the first grade, 48- the second grade. 32 staff members from clinical departments of BMSU are regional out-of-staff members and consultants in the Health Department of Chernivtsi Regional State Authority.

4374 students study at the university now, 1675 of them are foreign citizens from 32 countries. They have been taught since 1994, and since 2004 English has been introduced as the language of instruction. The number of foreign students from India, Somali, Nigeria, Ghana, Pakistan, Ethiopia, Sudan, the US and other countries has been increasing from year to year.

Indian students from Bukovinian State Medical University have performed well in the Foreign Medical Graduate Examination. Between 2012-18, it had the highest overall FMGE passing percentage.

Northern State Medical University Fee Structure has a minimal hostel of around 30,000 approx. 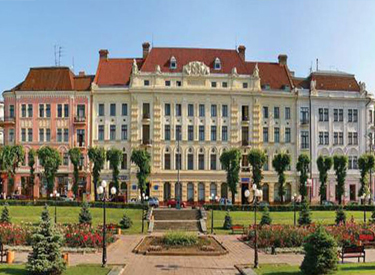 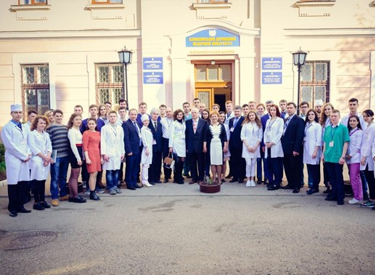