Grodno State Medical University (educational establishment “Grodno State Medical University” – GrSMU; Belarusian: установа адукацыi Гродзенскі дзяржаўны медыцынскі універсітэт — ГрДМУ) is a university in Grodno, Belarus. It specialises in medicine and medical psychology. It is the oldest medical school in Belarus and is considered, according to some international sources, the best medical university in Belarus.

GrSMU is as a successor of the first medical school in Belarus, the Grodno Medical Academy, established in 1775 by Antoni Tyzenhaus, former mayor of Grodno, for improving almost nonexistent healthcare system in the city. Jean-Emmanuel Gilibert, French botanist, Freemason and medical doctor, became its first rector. Under his rule were trained first doctors (former illiterate peasants), built botanical gardens and a chemist's shop. The academy progressed quickly, so soon in 1781 it was reorganized into the Medicine Faculty of Vilna University.

In the post-war period, the social sphere of our republic began to actively develop. In order to improve the work of healthcare, ensure the training of medical personnel and research in the western region of Belarus, a state medical institute was established in the city of Grodno with the admission of 250 students in the 1958/59 academic year. This happened in accordance with the Decree of the Council of Ministers of the BSSR No. 541 of August 9, 1958 and the order of the Ministry of Health of the BSSR No. 75 of August 14, 1958.

It is difficult for a person not dedicated to the life of an educational institution to even imagine that enormous amount of work to create a new institution, as they say, from scratch. It is all the more pleasant to remember with a kind word those who participated in this complex process. The creation of the institute was helped by scientists and doctors from Russia, Ukraine, the Baltic states, Tajikistan, and Kyrgyzstan. Minsk and Vitebsk medical institutes also provided personnel and logistical assistance. To implement the educational process, medical personnel of the city of Grodno were involved. Organizational assistance and financial support was provided by the Ministry of Health of our republic. For example, in 1963, 134 thousand rubles were allocated for the purchase of equipment through the Ministry of Health. Local executive authorities, party leaders in the region made decisions on assigning premises to the institute, material and technical means, personnel direction. Originally adapted buildings were used, located on Kolkhoz Square, E. Orzeszko and K. Marx Streets. But already in 1960, the first biological building was built. Subsequently, the administrative building under construction on Gorky Street (1974) was transferred to the institute. Currently, the university has 5 academic buildings. Today they have acquired a modern look.

The medical school was renovated only during Soviet-era time in 1958. Firstly, it was a small university, but with one of the best theoretical and practical bases in BSSR. Officially got its university status only in 2000.

Nowadays, the university has 6 faculties:

There are 45 departments of university spread across the city. Main building, completed in 1974, located at Gorkogo st. 80. Many of the departments are located at the state hospitals to provide for students practical experience. The university has 4 student hostels, 2 gyms, and a scientific library. Also, GrSMU contains some research laboratories, hepatological centre, computer centre.

University does conduct research. It takes part in the EU's Trans-European Mobility Programme for University Studies. Also, GrSMU publishes its own medical journal. Grodno State Medical University was recognised as one of the best of its kind in the Commonwealth of Independent States (CIS), according Expert RA.[3] And the best medical university in Belarus.

Why Mbbs in The Grodno State Medical University

Northern State Medical University Fee Structure has a minimal hostel of around 58,000 approx per year. 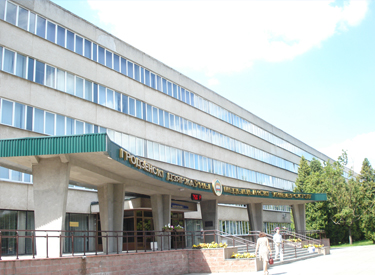 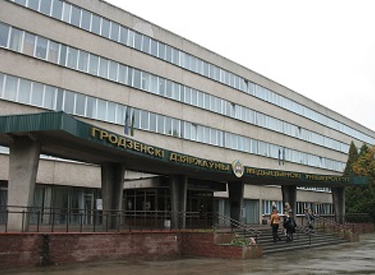 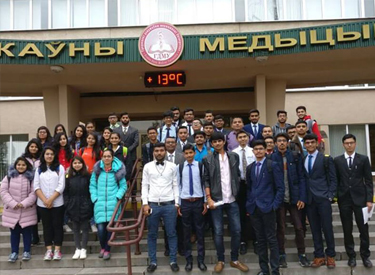 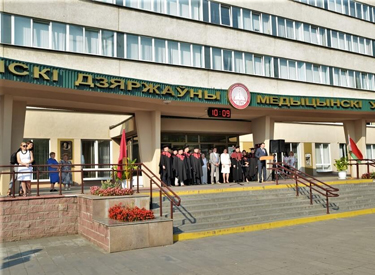