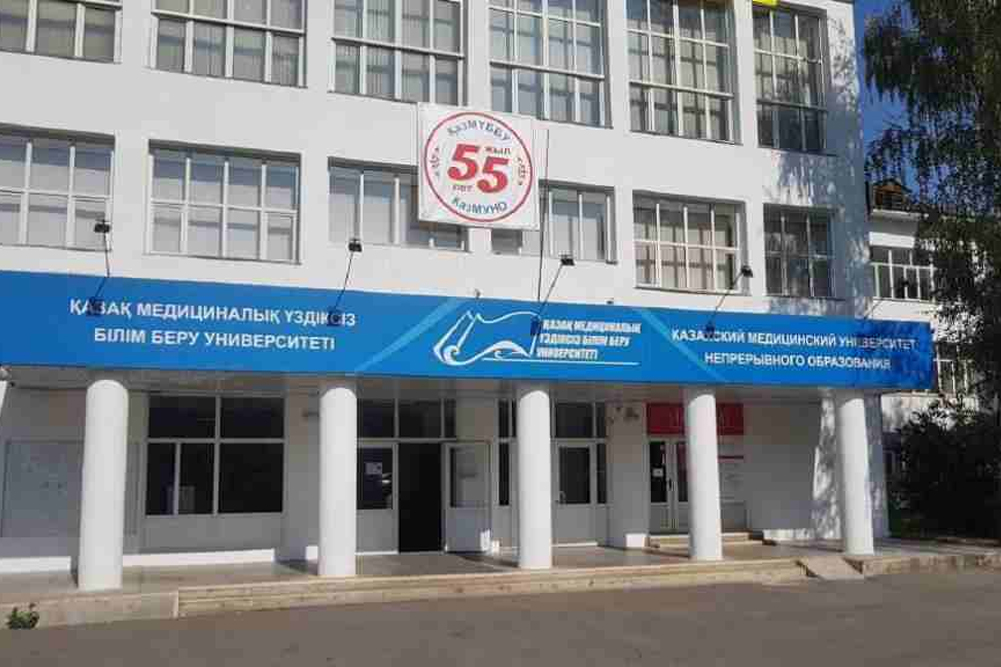 The history of a medical university since its inception is a way of becoming a professional leader not just in the field of medicine, but higher education in general. The history of the kazakh-medical-university-of-continuing-education is a mirror of the history of the country, the formation of health care throughout Kazakhstan.
The development of the medical education system in our country began in 1931 with the founding of a medical university in Alma-Ata. However, soon the institute could not satisfy the growing need of the republic for medical personnel. In this connection, the republican bodies and the People's Commissariat of the USSR were asked about the need to open a medical institute in the city of Karaganda, which in 1940 became a regional center with a population of more than 196 thousand people. But the Great Patriotic War changed plans, and the question of creating The Karaganda Medical Institute returned only in 1947, when the Regional Health Department of Karaganda made a proposal to the Ministry of Health of the Soviet Union to open a university in the mining capital.
Decree of the Council of Ministers of the USSR of November 16, 1947 obliged to transfer to Karaganda "one of the existing medical institutes." An order of the Chairman of the Council of Ministers of the USSR dated December 5, 1949 was issued with the instruction “to oblige the Council of Ministers of the RSFSR and the USSR Ministry of Health to transfer professors, teachers, and students who completed the first year from the liquidated Kazan Dental Institute to the Karaganda Medical Institute. The director was appointed a doctor who graduated from the first course. The director was appointed a doctor who graduated from the first course. The director was appointed a doctorPetr Moiseevich Pospelov.
In the direction of the People's Commissariat of Health of the USSR, Pyotr Moiseevich arrived in Karaganda from the Stavropol Territory, where he was born, studied and began his career. Karaganda became the cradle of the formation and growth of Pyotr Moiseevich as a doctor, teacher and major organizer of health care. Pospelov's professional medical work began in the hospital of the second mine as the head of the therapeutic department, and then as the head doctor of the hospital. In September 1939, Pyotr Moiseevich was appointed deputy head of the Karaganda regional health department. Since April 1940, P. M. Pospelov was approved as the head of the Karaganda Regional Department of Health. In April 1950, by the order of the Ministry of Health of the Kazakh SSR, Petr Moiseevich Pospelov was appointed director of the Karaganda Medical Institute (KarMI). The period from 1950 to 1974, when the university was headed by Pyotr Moiseevich, became the time of the creation and establishment of the institute.
The faculty of open CARMI was composed of specialists who came from Kazan to Karaganda: Professor Abram Iosifovich Lubbok, candidate of historical sciences Maria Mikhailovna Lonshakova, candidate of biological sciences Angelina Zorina, biologist Modest Evgenievich Afanasyev, biochemist Valentina Iosifovna Yakubovskaya, candidate of medical sciences, physiologist Anvar Arslanovich Uzbekov, senior lecturer Boris G. Mokeev, dental teachers Vera Stepanovna and Valerian Aleksandrovich Lavrov, lecturer -anatomy Galia Gareevna Shamseeva chemist Boris Mokeev, infectious diseases Abraham Y. Shulgin, a microbiologist Gregory I. Mar, an obstetrician-gynecologist, Isaac I. Kaganovich, surgeons Dean Lazareva Tsirlina, Mark G. Schreiber, Gregory Hvoles therapist Eugene Izrailevich Tsukershteyn.
On September 1, 1950, the Karaganda Medical Institute opened its doors to its first students: 127 first-year students and 101 second-year students, of which 69 came from Kazan. 11 departments of the only medical faculty at that time were opened. In total, in 1950, 23 teachers worked at the university, including 3 doctors and 3 candidates of sciences. The first achievement in the scientific activities of CarMI was the holding of the I scientific student conference of the Institute, which was held on November 21, 1950. In 1952, graduate school and residency was opened. In 1955, the Karaganda Medical Institute for the first time completed the full six-year curriculum and produced the first graduation - 94 doctors, including 15 with honors. In 1957, the Institute received the right to defend candidate dissertations at the Academic Council. Peter Moiseevich Pospelov was appointed Chairman of the Academic Council. The first dissertations for the degree of candidate of medical sciences on April 24, 1958 were defended by assistants N.K. Popov and G. G. Shamseev.
Currently, the University implements the multi-level training of specialists: bachelor program, postgraduate (master's course, residency, PhD program) and additional education. Training is provided in Kazakh, Russian and English languages. In the University study over eight thousand learners.