SmolSU is one of the oldest universities in Russia. It was formed on November 7, 1918 by a decree of the Council of People's Commissars. Initially, the university combined humanitarian, natural-scientific and medical educational directions.

On April 13, 2011 the organizational form of the university was changed - it became a budget institution, on October 29, 2015 the university was renamed in accordance with the order of the Ministry of Education and Science of the Russian Federation. Our current name is the Smolensk State University (SmolSU) Federal State Budgetary Educational Institution of Higher Education.

The university is proud of its history and, of course, its graduates. Over the years, the great Russian poet A.T. worked and studied in its walls. Tvardovsky, M.V. Isakovsky, N.I. Rylenkov, Academician and President of the Academy of Pedagogical Sciences V.M. Khvostov, Academician M. B. Khrapchenko and many other prominent figures of science and culture of Russia.

The university conducts active research and creative work. Scientific schools in the field of mathematics, biology, philology, history, pedagogy, sociology and cultural studies gained wide fame in Russia and abroad. Over the past 5 years, more than 150 collective and individual research projects have received grant support from national and international academic and charitable foundations. In the graduate school of the university, highly qualified specialists are being trained in the following areas: computer science and computer engineering; psychological sciences; education and pedagogical sciences; linguistics and literary criticism; historical sciences and archeology; philosophy, ethics and religious studies. There are dissertation councils for the defense of doctoral and master's theses.

The university has close international relations with the universities of Belarus, Poland, Germany, China. Students and teachers participate in international programs. Collaboration with the Goethe Institute, DAAD, the Fulbright program is actively developing. For many years, the university has been successfully teaching Russian as a foreign language. Teachers and students from the USA, Poland, China, and other countries come to language internships.

Modern education is impossible without the active promotion of IT-technologies. They are widely used in the organization of the educational process in SmolSU. In accordance with the new standards, the university’s information infrastructure is also developing: the number of computer network classes (over 500 PCs in total) is growing, including specialized ones, the network of unlimited Internet is developing, and remote scientific events are being held.

In 2010, SmolSU became a member of the Tempus-IV project of the European Union. Together with 11 universities in Germany, Austria, Poland, Ukraine, Belarus and Russia. The university joined the consortium of universities on the unifying all educational management development program.

SmolSU in 2010 became part of the Cisco Networking Academy in the Russian Federation.

In 2010, the university entered into an agreement with Roscosmos to create a Space Services Center at SmolSU with the aim of improving the qualifications and retraining of civil servants to work using the GLONASS system. In 2011, the opening of the Rosatom information center within the walls of the SmolSU took place.

The University is committed to creating a full-fledged university campus and developing its infrastructure, which includes four educational buildings combined in a single complex, a multifunctional sports complex, a concert hall, a canteen, a library, a sanatorium, an educational and health base located on the territory of the Smolenskoye Lake District National Park 5 dormitories.

A wide range of services is offered by the university library, which is a regional methodological center. Library Fund - more than 800 thousand book volumes and magazines, including 15 thousand volumes of rare editions. Today, the library offers students interactive access to the catalogs of their funds.

Well-known university creative groups (vocals, choreography, theater, KVN), which adequately represent our region at festivals of the federal level. The University is actively involved in a variety of all-Russian creative competitions (artists, designers, journalists, poets, linguists). The volunteer movement is developing organically at the university. Trade union associations and the Student Council, with the support of the administration, organize socially significant and charity events. The University is consistently implementing the long-term program “SmolSU - University of a Healthy Lifestyle” and annual programs for the development of student associations.

Many years of experience have shaped the traditionally attentive attitude of SmolSU to its entrant. The University is consistently implementing the concept of improving the quality of knowledge of applicants, offering programs of professionalization and preparation for entering a university.

Smolensk State University - an educational, scientific, sociocultural center of the West of Russia - sees its mission in preserving and enhancing the spiritual and moral values of society, in acquiring and transmitting new knowledge to subsequent generations, in training highly qualified specialists and scientific and pedagogical staff in demand by society and the economy on the basis of the optimal combination of traditional and innovative teaching methods, the integration of the latest achievements of education, science and the business community, in strengthening and the development of friendly relations and cooperation in scientific, educational, cultural and educational activities with the Republic of Belarus.

Northern State Medical University Fee Structure has a minimal hostel of around 55,000 approx. 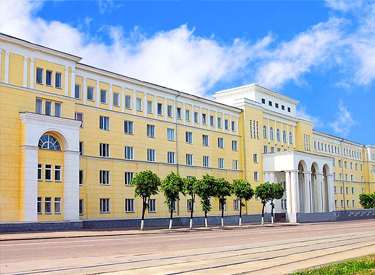 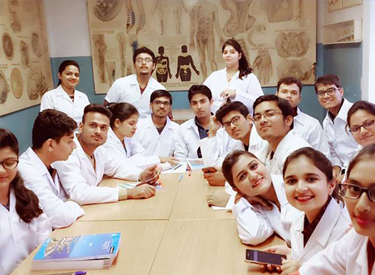