The Tbilisi Teaching University Gorgasali was founded in Tbilisi, Georgia, in 1995. It is a private company owned by Mzia Katamadze. From its very first beginning, Gorgasali University consequentially developed a high-profile through superior academic standards. Its renowned Law School, one of the country’s best Business Schools, but also its medical studies have resulted in high reputation in Georgia and beyond.

The University resides in one of the most prestigious parts of Georgia’s capital Tbilisi. The campus offers modern classrooms, an extensive library, sports and leisure facilities, but also a state of the art Dental Clinic and an affiliated University Hospital.

In 2015, preparations started for significant changes. Their result is a new structure in which, the owner and Rector of Gorgasali University, Prof Dr Mzia Katamadze, was appointed President in early 2016. With reference to its permanently increasing global position the Tbilisi Teaching University Gorgasali is in the process of changing its name to International (Teaching) University of Georgia. The old name of Gorgasali University will gradually be replaced until 2017.

In accordance with the requirements resulting from the reforms in the educational system, the University successfully has passed all stages of official authorisation and accreditation processes in 2002, 2007, and 2012.

Gorgasali University has received cognate Degree Awarding Powers from the Ministry of Education and Science of Georgia.

Georgia is aligned with the European Process of Harmonisation of Higher Education in Europe, also known as Bologna Process, making Degrees of the Gorgasali University cognate across Europe.

University Gorgasali is accredited by the National Center for Educational Quality Enhancement, NCEQE(ENQA), which conducts recognition of educational institutions based on Georgian legislation authorised by the Minister of Education and Science of Georgia.

The University also is Member of the European Union’s Erasmus Tempus programme. Erasmus has specifically selected the University’s Master in Hospitality Management and awarded the prize of Best Programme.

Gorgasali University has introduced MBA programmes to the Georgian Higher Education system. Before the Ministry of Education and Science accredited the Gorgasali MBA as the first of its kind, the MBA did not exist as an academic Degree in Georgia.


All studies are focused on delivering Employability Impact. For both academic/scientific or professional careers curricula are carefully designed to equip students with a relevant and applicable set of skills and capabilities. Beyond concentrated subject orientation all programmes of studies are subject to added value through significant components of leadership qualities, corporate and/or social responsibility. The research orientation of the University assures that latest knowledge is delivered to students through research-based content and short-term periods between actualisation of content for each programme of studies.


Why Mbbs in The Tbilisi Open Teaching University 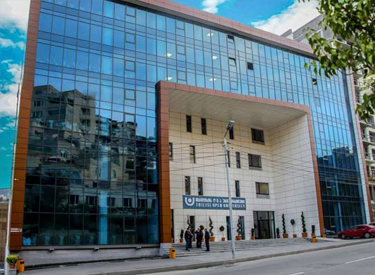